The Impact of Climate on AFCA’s Programs

Previous
The Impact of Climate on AFCA’s Programs

With so many worthy causes in the world, I get asked often why I choose to work with the American Foundation for Children with AIDS (AFCA). While there are many reasons, my initial draw to AFCA was their commitment to sustainability and the environment while impacting the lives of children who are directly affected by the AIDS crisis while living in extreme poverty. In Africa’s poorest communities, climate change is threatening day to day life.

“Climate change threatens the lives and livelihoods of over 100 million in extreme poverty. Global warming is expected to melt Africa’s remaining glaciers in the next few decades, and the reduction in water essential to agricultural production will create food insecurity, poverty, and population displacement.” according to the Foreign Policy Research Institute.

When it comes to climate change, AFCA has seen an astounding impact on operations and programs since its work started in sub-saharan Africa in 2004. Now more than ever, growing food and keeping livestock healthy prove to be more difficult with the changing weather patterns with long days of excessive heat, lack of rain, erosion, flooding, and more. Growing patterns are changing and local farmers and communities are having to adapt to these shifts in order to survive, with no ability to lean on their collective learning from generations past.

According to the International Food Policy Research Institute (IFPRI), by 2050, climate change will lead to higher temperatures and mixed rainfall, leading to changes in crop yields and growth of the agricultural sector, higher food prices, less availability of food, and increased child malnutrition.

The warming of Africa’s sub-saharan region is devastating. Africa’s economy depends on agriculture and the outlook is grim as the planet continues to warm and rain patterns change, killing crops, drying water beds and affecting livestock throughout the region. “In Zimbabwe, climate change will cause average temperatures to rise by about 3°C before the end of this century. Annual rainfall could decline by between 5 % and 18%, especially in the south. Rainfall will become more variable. There will be an increase in droughts, floods and storms.” (Brazier)

Referencing the World Bank’s economic report, “Droughts and floods have become more frequent and severe. For instance, relative to 1970–79, the numbers of droughts and floods were nearly threefold and tenfold, respectively, by 2010–19. In this context, the greater sensitivity of the different productive sectors to climate change patterns and natural hazards leads to a disproportionate impact across countries in the region—especially among poorer countries and poorer segments of the population.” Drought not only affects the growing of grains, vegetables and fruits, but of course, it affects the ability for livestock and humans to access drinking water. Children often have to leave school in order to help the family search for water further and further from their homes, affecting their education and security. These are only a few of the consequences of drought, with others including: displacement, families splitting up and children being abandoned, the possibility of child recruitment for armed forces, and death.

When it does rain, it is raining heavier and for longer periods of time. The earth, now dry and parched, without trees and vegetation to soak up the rainfall, erodes and washes houses and buildings away. These floods kill any existing crops, and become breeding grounds for disease-carrying mosquitoes, water contamination and disease. “For the past decade high temperatures in the western Indian Ocean have heated the sea and moisture is absorbed into the atmosphere. That moisture is then precipitated over east Africa, says Guleid Artan, director at the Climate Prediction and Application Centre.”

Drought, rain, flood and erosion is a destructive cycle making farming practices unpredictable. Soil eroded from the land, along with pesticides and fertilizers applied to fields, washes into streams and waterways. This, in turn, can damage freshwater and the local communities and the livestock that depend on them. Entire fields of maize, peanuts and other vegetables, grains and food can be washed away in the blink of an eye. “East Africa is highly reliant on agriculture and has high rates of soil erosion which negatively impact agricultural yields. Climate projections suggest that rainfall intensity will increase in East Africa, which is likely to increase soil erosion.” according to Sarah Chapman et al 2021 Environ. Res. Lett. 16 08400

In places like the US, climate change still seems more of a minor inconvenience than something that will impact our daily lives. However, in much of rural Africa, it means the end of livelihoods and of life itself. When you know that your family’s future is dependent on the next crop – food and income – and you have no idea what the weather will do to that crop, anxiety, stress and worry take their toll. When the crop is gone, either to drought or to flooding, it is easy to give up hope. “Kenya is facing a mental health crisis, triggered, in part, by climate change. Many sufferers told Climate Home News that losses caused by drought, flooding and other extreme weather contributed to their distress.”

How AFCA is helping

Any time a community need is brought to AFCA by local stakeholders, careful consideration is done in order to understand the impact of the program long term, as well as how changes in the local environment can impact our programs. We ask questions and talk to various community members to better know if a specific project will have unintended negative repercussions in a community, to the earth, or to beneficiaries. We look at how an entire community can benefit, no just our direct beneficiaries. We also look at the job creation involved in all we do, so as not to create a welfare-type project, but rather, that we leave our beneficiaries with a true change that will last for generations. Together, sustainable programs are built, implemented and monitored for continuous improvement and success.

Recently, some local social welfare volunteers identified a need for long drop style latrine toilets in order to stop open defecation, to improve sanitation and hygiene for families, and to increase safety in communities impacted by AIDS. Did you know that there’s even a World Toilet Day to bring awareness to the importance of proper sanitation facilities? With the help of our program partners in the Motopos region of Zimbabwe, AFCA is funding the building of safe and decent toilets for families using ecobricks. You can learn more about our Loo Love Program which is addressing the problem of sanitation by:

There’s more, of course, so check it out by following the link below! 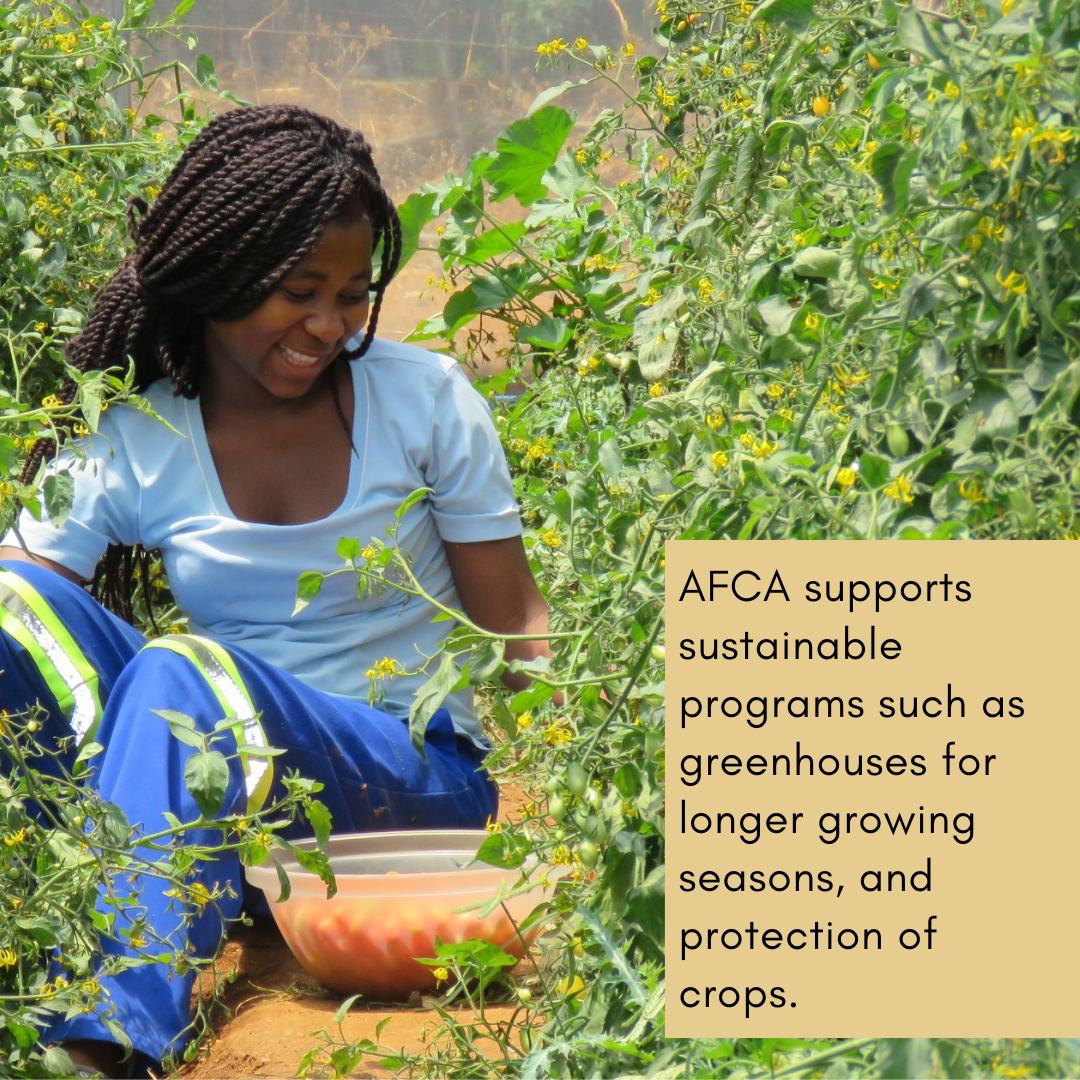 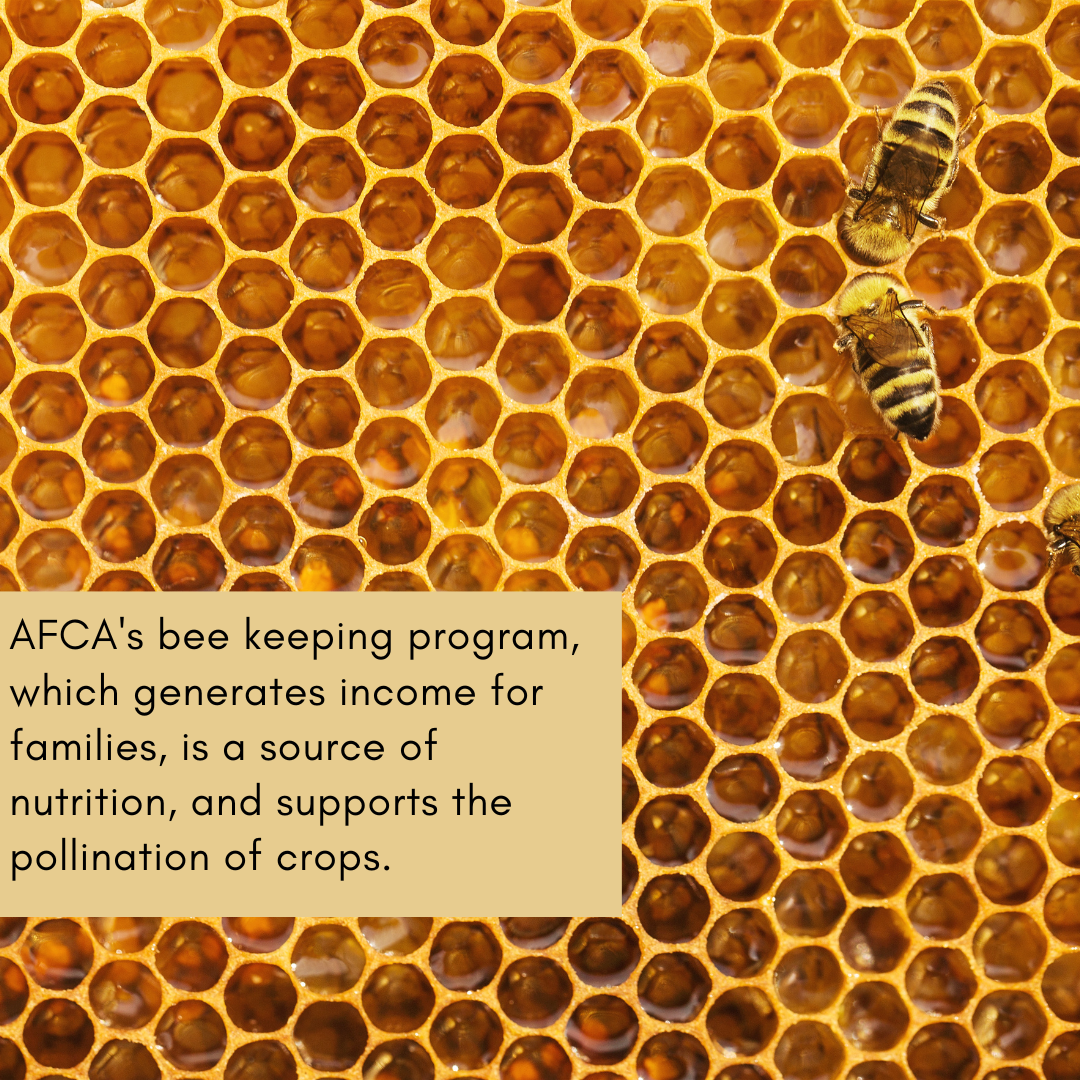 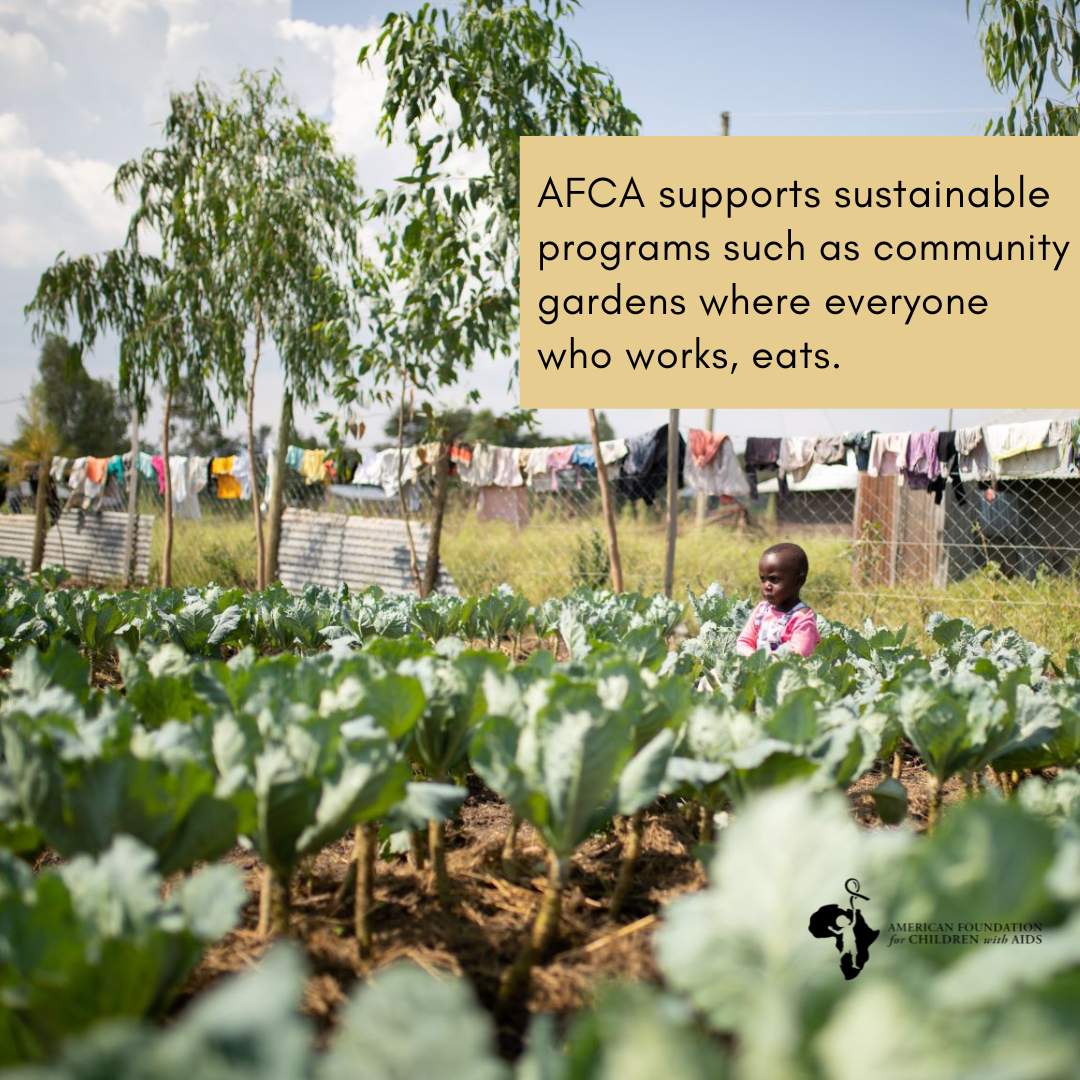 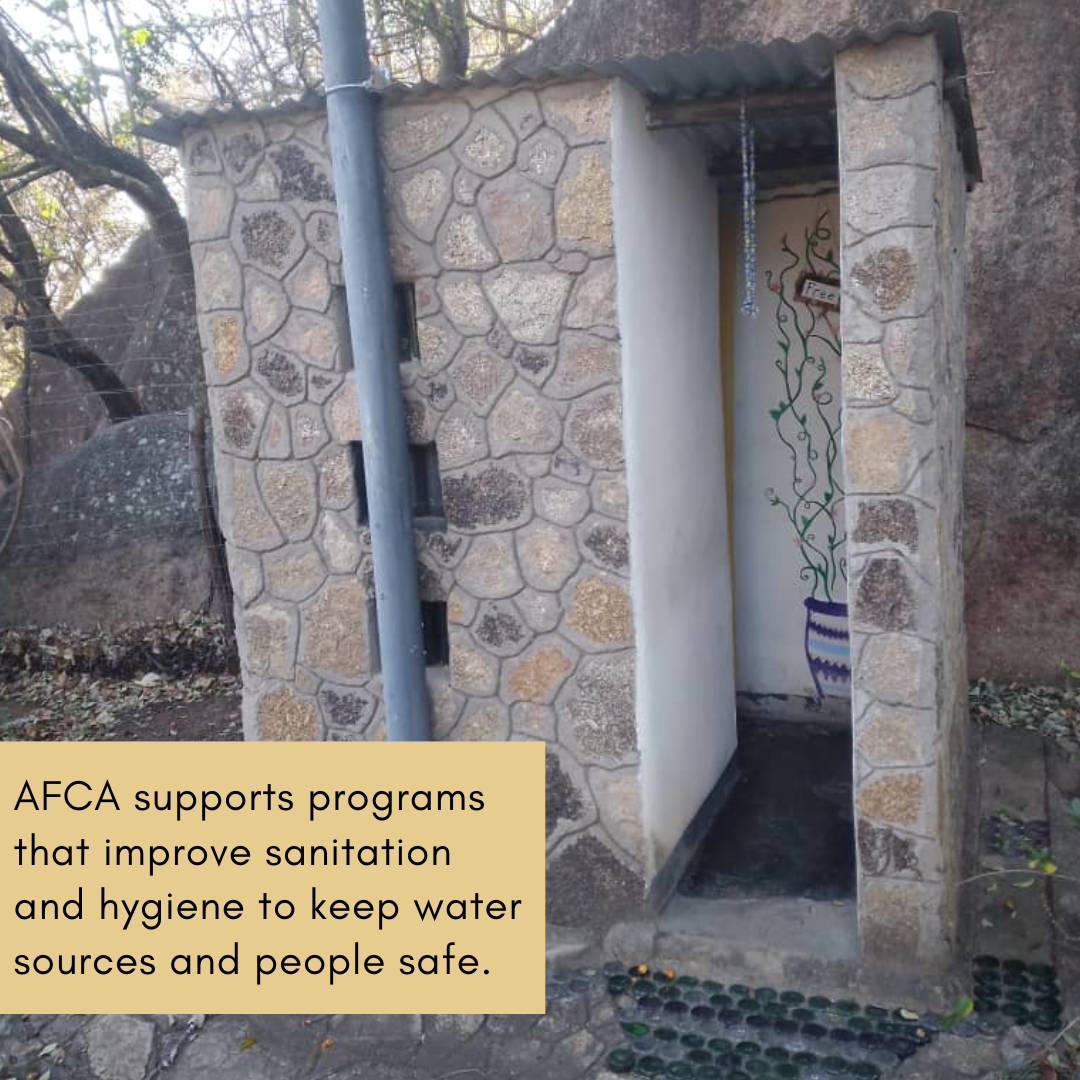 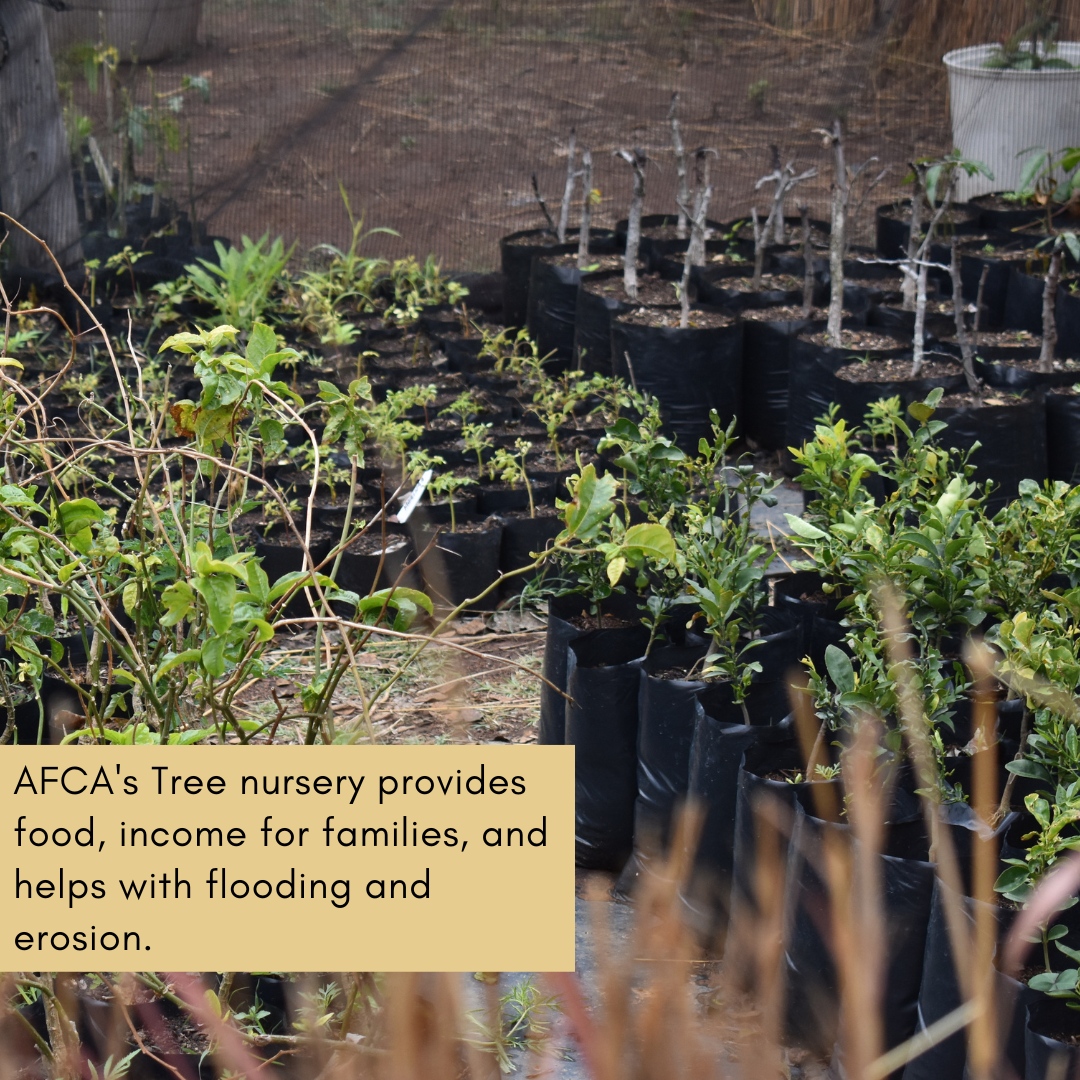