Tanya Weaver joined American Foundation for Children with AIDS (AFCA) in 2005. In addition to directing AFCA’s day-to-day activities, Tanya frequently speaks about AFCA and AIDS to students, community organizations and religious organizations. In 2007, Tanya created and held the first Climb Up so Kids Can Grow Up, an international series of outdoor events that raises funds for AFCA.

She has spent much of her life abroad involved in international development. Prior to joining AFCA, Tanya worked in Afghanistan as a Project Supervisor and later as Interim Country Director for Shelter for Life International, a global organization that provides assistance building homes and other shelters for those in need. Previously, Tanya worked with Habitat for Humanity International in Romania, Portugal, Kyrgyzstan, Hungary and Russia.

Tanya’s involvement with international development began early in her life. Raised in Colombia, she worked in orphanages in Colombia, Brazil and Jamaica during college summer breaks, further broadening her world view.

Tanya has a Masters in Art Therapy from the University of Illinois at Chicago. She currently resides in Harrisburg, PA with her husband Eric, her daughter Julia and her son Aiden. 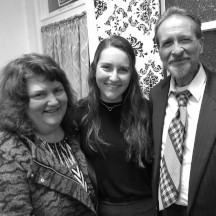 Michelle started in the construction field right out of high school. She enjoyed a 25 year career in accounting, human resources and office management. In addition to office management, Michelle loved guiding homeowners through the selection process in building their dream home. The housing economy sent her searching for a new adventure, which brought her to us.

Michelle and her husband, Ron, have been married for 20 years and live in Lebanon, PA. They have been blessed with a daughter, Megan, who is 16 years old. Michelle is a member of St. Paul the Apostle Catholic Church in Annville. 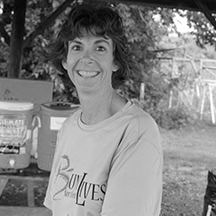 For the past few years, Betsy has dedicated herself to helping AFCA’s children through managing the warehouse where medical supplies are sorted, packaged, inventories, and shipped to our partner hospitals and clinics in Africa. Without her brilliant and “cool as the other sie of the pillow” leadership, AFCA’s warehouse would not run as efficiently as it does.

Betsy holds a Bachelor of Science from West Virginia University and lives in Lebanon, PA with her husband, Patrick, and their 5 children. 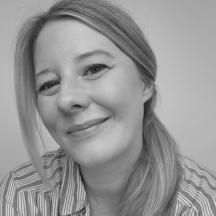 Jen’s early experiences volunteering for Habitat for Humanity shaped her desire to work with marginalized communities. As a former board member, Jen returned to AFCA to use her marketing and communication skills for good and raise awareness of AFCA’s work and generate revenue to support programs. Jen enjoys being outdoors as much as possible, shopping at thrift stores, and cooking. She resides in the Chicagoland area with her three children, Charlie, Hazel, and Theo, and husband, Dan.

Jackie has always been an obsessive creator and communicator. Growing up in Wisconsin and graduating from UW-Madison with a Fine Arts degree, she has spent the last 15 years honing skills as a Designer and Art Director working with a myriad of clients. But what really drives her is to share stories and bridge connections through thoughtful communication. She’s honored to work with AFCA’s staff and children across the globe to share their important story.

Jackie lives in Neenah, WI with her husband and son in a little mid century modern house that they built themselves. A hoarder of hobbies. Nose often in a book. Coffee mug often in hand. Totally crazy about kids and animals. Lover of laughter, people with passion, and connecting at a deep level. 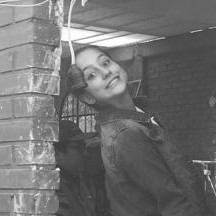 Juju is from Harrisburg, PA where she is a 11th grade student at Covenant Christian Academy. She has travelled around the world with her parents, both of whom are humanitarian aid workers. Raised in both USA and Zimbabwe, she is very comfortable straddling two worlds. A creative person, Juju keeps busy growing plants in the greenhouse she built, drawing, painting, reading, writing a book, and constantly learning. Juju helps create social media content which is relevant for all age groups. 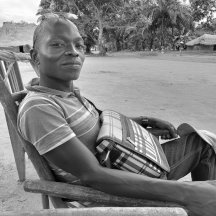 Denase Gati is the site supervisor for Tandala, Democratic Republic of the Congo. He was born and raised in the Tandala region of Congo where he resides with his wife and five children. 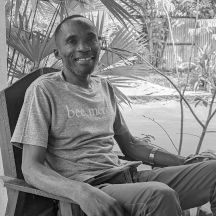 Matthieu Gbazo is AFCA Congo’s bookkeeper since 2014. He was born and raised in Gemena, where he resides with his wife Odette and five children. On his time away from work, Matthieu enjoys gardening, reading, and husbandry. 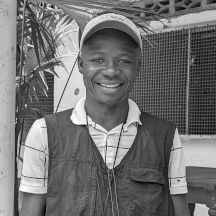 Jerome Kafi was born and raised in Gemena, where he has worked as a site supervisor for AFCA since 2014. Jerome is the proud father of a boy and a girl. 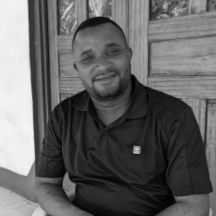 Guy Likonza, an agronomist by training, is AFCA Congo’s Manager, based out of Gemena, DRCongo. Married to Rose, Guy has four children. 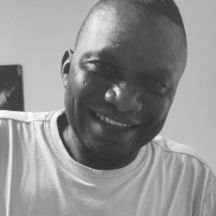 Mathurin Mandaba is AFCA Congo’s logistician and translator. Having grown up in Central African Republic, Congo and United States, Mandaba resides in Gemena, DRC where he has worked for AFCA since 2020. Stephanie Watkins became a part of the Board of Directors in 2013.

Stephanie is a Government Relations Specialist with the Ridge Policy Group based in Harrisburg, Pennsylvania and Washington D.C where she represents clients in both the non-profit and corporate worlds. She works with government officials and agencies on a daily basis navigating the intricate world of policy and politics.

Stephanie earned her BA in Political Science from St. Vincent College in Latrobe, Pennsylvania and her LLM in Public International Law from the University of Kent, United Kingdom.

Stephanie and her husband, Kip, currently reside in Harrisburg, Pennsylvania. Emily currently lives in Middletown, Pa. She has a masters degree in social work and currently works in the fields of Autism and behavior support. Emily has found a passion for international service work. She has traveled to several different countries throughout the world, with her main passion being in Africa. 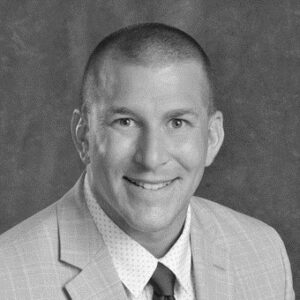 Craig Lowrie joined the Board of Directors in 2021.  He has a Bachelor of Science degree from Cabrini College, and a Master of Science degree from Texas A & M University.  Currently, Craig is a financial advisor for Edward Jones in Lebanon, PA where he lives with his wife, Kayla, and three children.  His family has a passion for international travel to see and experience various cultures, natural wonders, and adventures.  Craig and his family are devoted to empowering women to be successful and independent, providing opportunities for children to thrive and develop without burdens, and to help families come together to achieve their dreams.

Naomi joined the board of Directors in 2019 after traveling to Africa with the organization. She has a Master’s Degree in Public Administration and Public Policy from Pennsylvania State University and a Bachelor’s degree in Business Administration and Legal Studies. She teaches law classes at Central Pennsylvania College and co-owns a photography business, Inspired and Enchanted Photography. She is passionate about photography and her work for children with AIDS.

She hopes to continue traveling to Africa and growing awareness for the foundation. She lives in Lebanon County, Pa with her husband Jonathan and six children.