Geography of Democratic Republic of Congo 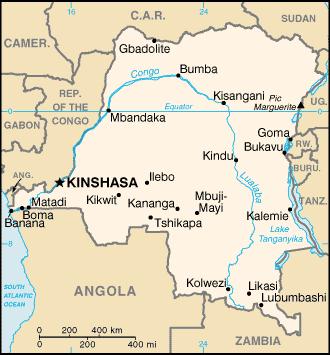 Location: Central Africa (straddles the equator; has narrow strip of land that controls the lower Congo River and is the only outlet to South Atlantic Ocean; dense tropical rain forest in central river basin and eastern highlands)

Size: Area is slightly less than ¼ of the size of the US 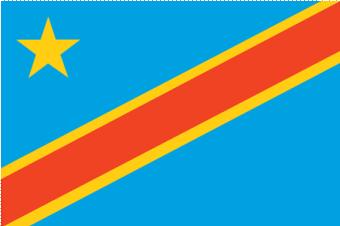 Flag symbolism: sky blue field divided diagonally from the lower hoist corner to upper fly corner by a red stripe bordered by two narrow yellow stripes; a yellow, five-pointed star appears in the upper hoist corner; blue represents peace and hope, red the blood of the country’s martyrs, and yellow the country’s wealth and prosperity; the star symbolizes unity and the brilliant future for the country.