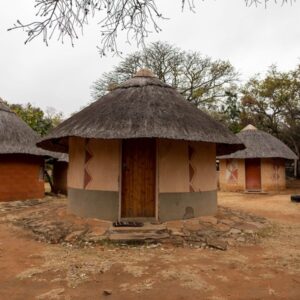 The Morning Star “off the grid” Homestead

Nestled in the bush of the Motobo region in Matabeleland South, Zimbabwe is a homestead called Morning Star. Part farm, community project hub, and camp, Morning Star operates without electricity from a grid. It is self-sustaining and through partnerships with various organizations, it continues to support the livelihoods of many people in the surrounding communities. The community work done from Morning Star was started by Chris and Norma Ferguson, both pillars in the community, whose attention and care for the local people, land and animals has spread far and wide. After many years of service, Chris and Norma found new caretakers for the property, Gary and Diane Jones who have since made it their home and follow in their footsteps. Sadly, Chris passed away earlier this year, leaving a hole in the hearts of many who knew and loved him. He surely left a legacy of hope for the Motobo region, though, in the trees he and Norma grew from seeds, the dams they built to collect water, and the goats whose quiet bells are heard around the bases of the giant boulders that kiss the sky. 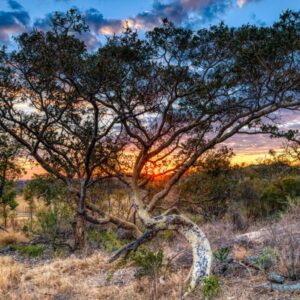 Located south of Bulawayo, the Motobo region, also known as Motopos, is like no other landscape you have ever seen. Large boulders bigger than homes rest daintily on smaller boulders, leaving the viewer wondering how or who was responsible for creating such majesty. Erosion, volcanic activity, flooding, earthquakes, giants or angels…all are part of the lore surrounding this area. Some say it was God’s playground, as though He was playing with Playdoh, left behind by a child whose attention has turned to something else. Today, the area is a UNESCO World Heritage site, and is protected by the Zimbabwean government in an act of conservation.

What to do in Motopos for fun

Morning Star is nestled near Matobo National Park, an adventureland for those that enjoy the outdoors. Outdoor recreation in Zimbabwe includes climbing, repelling, and bouldering which provides endless opportunities for climbers from beginner to advanced. If climbing isn’t your scene, but you still enjoy getting outside, the area has miles of paths that weave in and out of the bush connecting communities far and wide, ideal for walking and hiking. You can expect to see an array of flora and fauna while hiking here. Lichen speckle the boulders with pops of glowing green and rusty orange hues in between mosses, ferns, succulents and cacti, all surviving in balance with each other. With each so artfully placed, it feels as though you are walking around a terrarium. One tree, the Euphorbia candelabrum or the “candelabra” plant native to Zimbabwe’s dry lands and semi-savannas which secretes a milky latex that can cause blindness, poisoning or even, in some cases, death, is found around every corner and in every crevice,. A healthy respect for such living things is warranted, and one should take precautions while out in the bush. In addition to the outdoor spaces to explore, Motopos is also home to a number of game drive lodges, a major part of the local tourism economy. 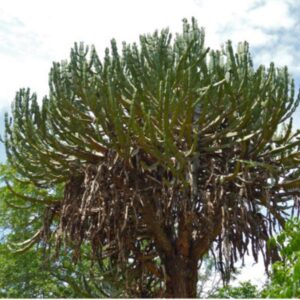 From bees and goats to gardens and orchards of indigenous trees that support the local environment as well as the economy, AFCA’s work in Zimbabwe and partnership with Morning Star has flourished over the years to help children infected and/or affected by AIDS to continue to go to school and to receive life saving medication, as needed. These projects have also allowed guardians to establish an income that supports their families through training and skill development. There are no limits to a person’s potential when they are empowered to help themselves. All it takes is a little hope and a hand up in order to make a big, meaningful impact in the lives of those that need it. The magic of seeing children thrive through adversity and the challenges of this deadly disease is something that keeps both executive director, Tanya Weaver, and the rest of AFCA’s staff and volunteers energized to continue doing the work that it does.

If you would like to learn more about Morning Star, see the work that AFCA is doing, and perhaps participate in this type of work yourself, you can join a team that will be staying and volunteering at Morning Star in Zimbabwe through AFCA’s Vacation with a Purpose program.

Vacation with a Purpose